Source code is available for this site at http://github.com/gustavohenrique/TipsForLinux 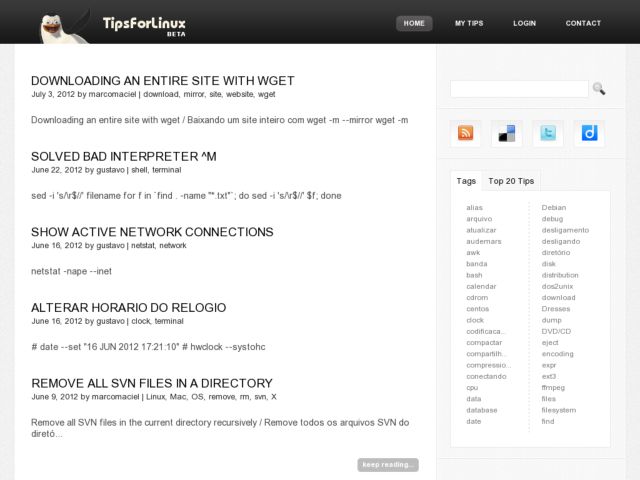 TipsForLinux is a simple website that allow users send a tips about linux, like a blog.
It has been created using django with django-tagging, django-socialauth,django-contact-form, django-paggination and comments (native) apps.
Users can use openid authentication system provided by twitter, google and yahoo, but is possible to use common authentication system too(based in django.contrib.auth).
A Twitter integration allow to post the tip name and the tip URL (converted in tinyurl) via admin interface.