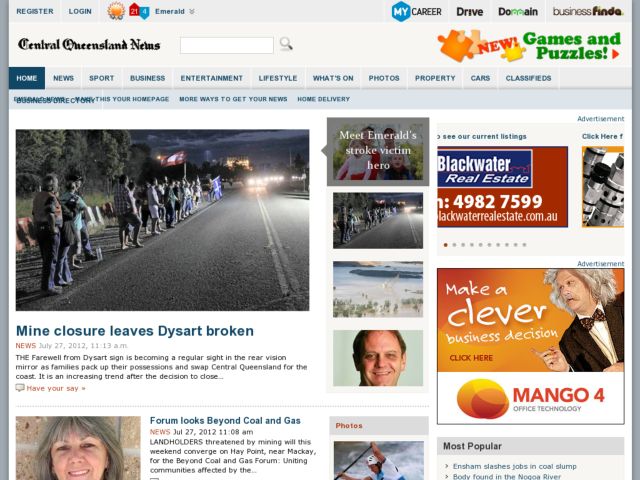 Currently The Central Queensland News is published 2 days a week, Wednesday and Friday, with the only exception being Good Friday (Published Saturday). It has a circulation of approximately 4800 on Wednesday and 5800 on Friday.